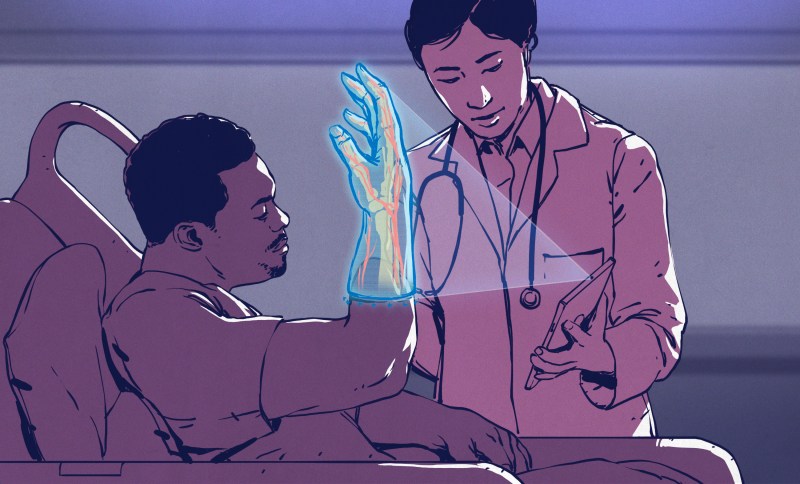 In many ways, the human body is like any other machine in that it requires constant refueling and maintenance to keep functioning. Much of this happens without our intervention beyond us selecting what to eat that day. There are however times when due to an accident, physical illness or aging the automatic repair mechanisms of our body become overwhelmed, fail to do their task correctly, or outright fall short in repairing damage.

Most of us know that lizards can regrow tails, some starfish regenerate into as many new starfish as the pieces which they were chopped into, and axolotl can regenerate limbs and even parts of their brain. Yet humans too have an amazing regenerating ability, although for us it is mostly contained within the liver, which can regenerate even when three-quarters are removed.

In the field of regenerative medicine, the goal is to either induce regeneration in damaged tissues, or to replace damaged organs and tissues with externally grown ones, using the patient’s own genetic material. This could offer us a future in which replacement organs are always available at demand, and many types of injuries are no longer permanent, including paralysis.

Everything begins with knowledge

Our level of understanding of human physiology and that of animals in general has massively expanded since the beginning of the 20th century when technology allowed us to examine the microscopic world in more detail than ever before. Although empirical medical science saw its beginnings as early as the Sumerian civilization of the 3rd millennium BCE, our generalized understanding of the processes and components that underlie the body’s functioning are significantly more recent.

DNA was first isolated in 1869 by Friedrich Miescher, but its structure was not described until 1953. This discovery laid the foundations for the field of molecular biology, which seeks to understand the molecular basis for biological activity. In a sense this moment can be seen as transformative as for example the transition from classical mechanics to quantum mechanics, in that it changed the focus from macroscopic observations to a more fundamental understanding of these observations.

This allowed us to massively increase our understanding of how exactly the body responds to damage, and the molecular basis for regenerative processes, as well as why humans are normally not able to regrow damaged limbs. Eventually in 1999 the term ‘regenerative medicine’ was coined by William A. Haseltine, who wrote an article in 2001 on what he envisions the term to include. This would be the addressing of not only injuries and trauma from accidents and disease, but also aging-related conditions, which would address the looming demographic crisis as the average age of the world’s populations keeps increasing.

While these were not miracle products by any stretch of the imagination, they do prove the effectiveness of these approaches, displaying similar or better effectiveness as existing products. While getting cells to the affected area where they can induce repair is part of the strategy, another essential part involves the extracellular matrix (ECM). These are essential structures of many tissues and organs in the body which provide not only support, but also play a role in growth and regeneration.

ECM is however non-cellular, and as such is seen as a ‘medical device’. They play a role in e.g. the healing of skin to prevent scar tissue formation, but also in the scaffolding of that other tantalizing aspect of regenerative medicine: growing entire replacement organs and body parts in- or outside of the patient’s body using their own cells. As an example, Mase Jr, et al. (2010) report on a 19-year old US Marine who had part of his right thigh muscle destroyed by an explosion. Four months after an ECM extracted from porcine (pig) intestinal submucossa was implanted in the area, gradual regrowth of muscle tissue was detected.

An important research area here is the development of synthetic ECM-like scaffolding, as this would make the process faster, easier and more versatile. Synthetic scaffolding makes the process of growing larger structures in vitro significantly easier as well, which is what is required to enable growing organs such as kidneys, hearts and so on. These organs would then ideally be grown from induced pluropotent stem cells (iPS), which are a patient’s own cells that are reverted back to an earlier state of specialization.

It should come as little surprise that as a field which brings together virtually every field that touches upon (human) biology in some fashion, regenerative medicine is not an easy one. While it’s one thing to study a working system, it’s a whole different level to get one to grow from scratch. This is why as great as it would be to have an essentially infinite supply of replacement organs by simply growing new ones from iPS cells, the complexity of a functional organ makes this currently beyond our reach.

Essentially the rule is that the less complicated the organ or tissue is, the easier it is to grow it in vitro. Ideally it would just consist out of a single type of cell, and happy develop in some growth medium without the need for an ECM. Attractive targets here are for example the cornea, where the number of people on a waiting list for a corneal transplant outnumber donor corneas significantly.

In a review by Mobaraki et al. (2019), the numerous currently approved corneal replacements as well as new methods being studied are considered. Even though artificial corneas have been in use for years, they suffer from a variety of issues, including biocompatibility issues and others that prevent long-term function. Use of donor corneas comes with shortages as the primary concern. Current regenerative research focuses on the stem cells found in the limbus zone (limbal stem cells, LSC). These seem promising for repairing ocular surface defects, which has been studied since 1977.

LSCs play a role in the regular regenerative abilities of the cornea, and provide a starting point for either growing a replacement cornea, or to repair a damaged cornea, along with the addition of an ECM as necessary. This can be done in combination with the inhibiting of the local immune response, which promotes natural wound healing. Even so, there is still a lot more research that needs to be performed before viable treatments for either repairing the cornea in situ, or growing a replacement in vitro can be approved the FDA or national equivalent.

A similar scenario can be seen with the development of artificial skin, where fortunately due to the large availability of skin on a patient’s body grafts (autografts) are usually possible. Even so, the application of engineered skin substitutes (ESS) would seem to be superior. This approach does not require the removal of skin (epidermis) elsewhere, and limits the amount of scar formation. It involves placing a collagen-based ECM on the wound, which is optionally seeded with keritanocytes (skin precursor cells), which accelerates wound closure.

Here the scaffolding proved to be essential in the regeneration of the skin, as reported by Tzeranis et al. (2015). This supports the evidence from other studies that show the cell adhesion to the ECM to be essential in cell regulation and development. With recent changes, it would seem that both the formation of hair follicles and nerve innervation may be solved problems.

Still a long way to go

It will likely still be a long time before we can have something like a replacement heart grown from a patient’s own iPS cells. Recent research has focused mostly on decellularization (leaving only the ECM) of an existing heart, and repopulating it with native cells (e.g. Gálvez-Montón et al., 2012). By for example creating a synthetic scaffold and populating it with cells derived from a patient’s iPS cells, a viable treatment could be devised.

Possibly easier to translate into a standard treatment is the regrowth of nerves in the spinal cord after trauma, with a recent article by Álvarez et al, (2021) (press release) covering recent advances in the use of artificial scaffolds that promotes nerve regeneration, reduces scarring and promotes blood vessel formation. This offers hope that one day spinal cord injures may be fully repairable.

If we were to return to the ‘body as a machine’ comparison, then the human body is less of a car or piece of heavy machinery, and more of a glued-together gadget with complex circuitry and components inside. With this jump in complexity comes the need for a deeper level of understanding, and increasingly more advanced tools  so that repairs can be made efficiently and with good outcomes.

Even so, regenerative medicine is already saving the lives of for example burn victims today, and improving the lives of countless others. As further advances in research continue to translate into treatments, we should see a gradual change from ‘you’ll have to learn to live with that’, to a more optimistic ‘give it some time to grow back’, as in the case of an injured veteran, or the victim of an accident.

January 27, 2022
Hidden surprises in the Bitcoin blockchain and how they are stored: Nelson Mandela, Wikileaks, photos, and Python software
1 min read

Hidden surprises in the Bitcoin blockchain and how they are stored: Nelson Mandela, Wikileaks, photos, and Python software

January 27, 2022
How I hacked a hardware crypto wallet and recovered $2 million
1 min read

How I hacked a hardware crypto wallet and recovered $2 million

Korea gives a $7.5bn nod to the metaverse and AI projects
1 min read

Korea gives a $7.5bn nod to the metaverse and AI projects

January 27, 2022
Valve Will Start Selling the Steam Deck Next Month

Valve Will Start Selling the Steam Deck Next Month